Millions of Dollars in Verdicts and Settlements

Check back regularly to stay informed of notable jury verdicts, settlements and news from our legal offices.

$3 Million Verdict for a man struck by a motor vehicle in Cape May County, New Jersey, which resulted in amputation of both legs.

$1.1 Million Settlement for a Burlington County mother and daughter involved in a crash with a New Jersey Transit bus, resulting in traumatic spinal and brain injuries.

$355,000 Philadelphia jury verdict in a limited tort, automobile accident case, where the client suffered neck and lower back disc bulging with radicular nerve damage, caused when she was rear-ended while waiting to make a left-turn across traffic. An offer of $20,000 was rejected prior to trial.

$350,533.09 Jury Verdict in Cumberland County, New Jersey, for a woman who had slipped-and-fallen at a local retail store, due to a product which had fallen from a shelf and spilled onto the floor. She sustained injuries to her neck, back and shoulders, requiring chiropractic care, physical therapy and pain management. The jury verdict included medical expenses and pain & sufferring. An offer of $115,000.00 was rejected prior to trial.

$325,000 Settlement for a Philadelphia woman who slipped and fell while at work, due to a leaking roof, which caused her to suffer a fractured wrist.

$325,000 Verdict for a Camden County, New Jersey woman who was rear-ended after having broken-down within a travel lane of a major highway, sustaining injuries to her neck and nerve damage.

$300,000 Gloucester County, New Jersey Settlement for a gentleman who suffered a serious lower back injury while driving a tractor-trailor and involved in a low-impact collision. A Court-Appointed panel of arbitrators recommended a settlement of $100,000. The case was scheduled for trial and settled shortly before trial was set to begin.

$250,000 Camden County, New Jersey jury verdict for a women in her late 60's, involved in an automobile accident, subject to the New Jersey Verbal Threshold, who sustained an aggravation of her previously assymptomatic neck and aggravations of her knee conditions, for which she had previously been treating. The defense argued that the Plaintiff actually caused the accident by rear-ending the Defendant and that the Plaintiff had not sustained a Permanent Injury as required by New Jersey law. An offer of $7,500 was rejected prior to the start of trial.

$250,000 Settlement in a limited tort automobile accident case, which resulted in neck and back injuries to a Military serviceman, requiring physical therapy and epidural injections to alleviate pain depsite minimal property damage to the vehicles.

$230,000 settlement for a Camden County, New Jersey woman who was rear-ended and caused to suffer a herniated disc in her lower back.

$225,000 Montgomery County, Pennsylvania jury verdict for a man who slipped and fell while working in a local hospital, causing him to suffer a low back injury. No offer was made prior to trial.

$225,000 Philadelphia jury verdict against the City of Philadelphia for a man who suffered a permanent lower back injury when a vehicle in the Mayor's detail ran a stop sign, striking the vehicle in which he was a passenger.

$215,000 Cumberland County New Jersey Settlement for a woman who fractured her ankle in a motor vehicle collision and required surgery to repair the fracture.

$212,500 settlement for a Central Pennsylvania woman involved in a car accident in Cape May County, New Jersey, resulting in lower back disc herniations.

$150,000 jury verdict for a Philadelphia man who was rear-ended by another vehicle. The man sustained a whiplash injury to his neck, causing arthritic changes in his neck to become symptomatic. An offer of $7,250 was rejected before trial.

$140,000 Hudson County New Jersey settlement for a woman using the restroom on a motor coach, when a lane-change collision occurred while exiting the New Jersey Turnpike. The woman suffered aggravations of neck, back and head/neurological conditions.

$140,000 Camden County New Jersey settlement for a house guest who slipped and fell down interior hard-wood steps, sustaining a fractured ankle. Mr. Weitz was able to prove through investigation and deposition of the homeowner that the cleaning product used on the steps was not intended for use upon hard-wood flooring.

$125,000 Philadelphia jury verdict for the elderly driver of an automobile who attempted to make a left-turn onto an I-76 on-ramp and was struck by an oncoming motorist, alleged to have passed stopped traffic by driving on the shoulder of the roadway. The defense asserted that no stopped vehicles were present, that the defendant was within the travel lane and that the injured woman simply made a left-turn when it was not safe to do so. The client testified that her knee and shoulder injuries made it difficult for her to climb stairs and participate in church activities. No offer was made prior to trial.

$120,000 Mercer County (Trenton) New Jersey jury verdict in a verbal threshold automobile accident case, where a woman sustained herniated discs as a result of being rear-ended.

$114,000 Philadelphia jury verdict in a construction site negligence case, where a woman stepped into a trench filled with wet cement that was not properly marked or secured. The woman suffered shoulder and knee injuries when she became stuck in the trench and had to climb her way out. The incident was unreported to the contsruction company at the time of accident and the defense also alleged the woman's injuries were pre-existing. An offer of $5,000 was rejected prior to trial.

$100,000 settlement for a husband and wife, rear-ended by a tractor-trailor while stopped in traffic in Burlington County, New Jersey. Both sustained neck, back and radicular nerve injuries.

$99,500 settlement in a verbal threshold automobile accident case, for a woman who sustained permanent neck and back injuries when rear-ended in Gloucester County, New Jersey.

$95,000 settlement for an elderly Gloucester County, New Jersey woman who sufferred serious injuries when she fell down the steps of the apartment she was renting.

$85,000 Philadelphia jury verdict for a 73-year-old bicyclist, riding against traffic, who was struck by a vehicle proceeding from a stop sign on an intersecting roadway and whos driver claimed not to have seen the bicyclist before the impact. The bicyclist was able to leave the accident scene without medical attention, but later realized a back injury. An offer of $5,000 was rejected prior to trial.

$75,000 Philadelphia jury verdict for a gentleman who sufferred a fractured wrist and was casted for four weeks, after the basement steps collapsed from underneath him inside the home he was renting. An offer of $7,500 was rejected prior to trial.

$70,000 jury verdict in an Underinsured Motorist case, for a woman who suffered aggravations of pre-existing neck and upper-back conditions, when she was rear-ended by a taxi cab in Center City, Philadelphia. The cab driver's insurance settled for its state minimum policy limit and the case proceeded for additional money from the woman's own automobile insurance policy. The insurance company defended the case on the basis that the woman was subject to Limited Tort threshold. An offer of $5,000 was rejected.

$62,500 Philadelphia jury verdict for a man who suffered herniated discs in his neck, after he was rear-ended on I-95 during rush-hour traffic. The defense alleged that the disc herniations were pre-existing and due to the man's age. An offer of $2,500 was rejected before trial.

$60,000 Bucks County jury verdict in a limited tort automobile accident case, where a man suffered neck injuries when the defendant attempted to merge into his lane, causing a collision. No offer was made prior to trial.

$55,000 Philadelphia jury verdict for a woman injured when her car was struck by another vehicle who did not stop at a stop sign. The woman suffered a herniated disc in her neck.

$52,500 settlement for a woman who slipped and fell inside a Camden County, New Jersey mall, sustaining injuries to her knee and lower back. The mall argued that the condition which caused the woman's accident was not present long enough for the mall staff to have discovered and rectified the condition.

$50,000 settlement for a Salem County, New Jersey man, who slipped and fell on motor oil in a local retail store, causing him to have suffered a herniated disc in his lower back.

$50,000 settlement for a man who slipped and fell in the parking lot of an Atlantic County mall, due to ice and snow, suffering a shoulder injury. The man was not patronizing the mall, but rather cutting through the parking lot as a short-cut to his home. Discovery was able to establish that the mall and its snow removal contractor were negligent in allowing previously cleared snow to melt and refreeze, without any further snow and ice treatment having been applied.

$46,750 Philadelphia jury verdict in a construction site negligence case, where a man slipped and fell on a public sidewalk due to ice, which formed because a construction company was performing nearby cement work and utilizing water from a hose. The man sustained injuries to his knee and shoulder.

$42,000 Philadelphia jury verdict for a man who tripped over a pallet of produce in a supermarket, during the supermarket's grand opening. The man suffered a knee injury.

No Fee Unless You Win!

Licensed to Practice in Pennsylvania, New Jersey and Federal Courts

Check Out Our Radio Ad 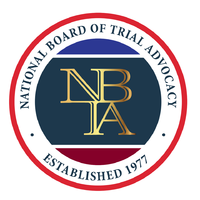 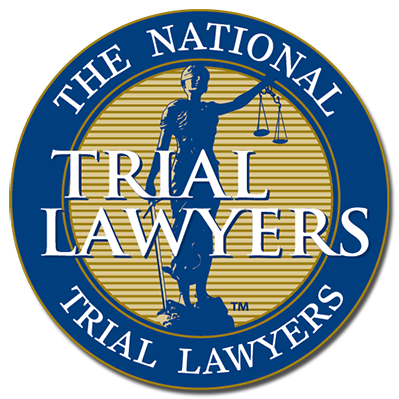